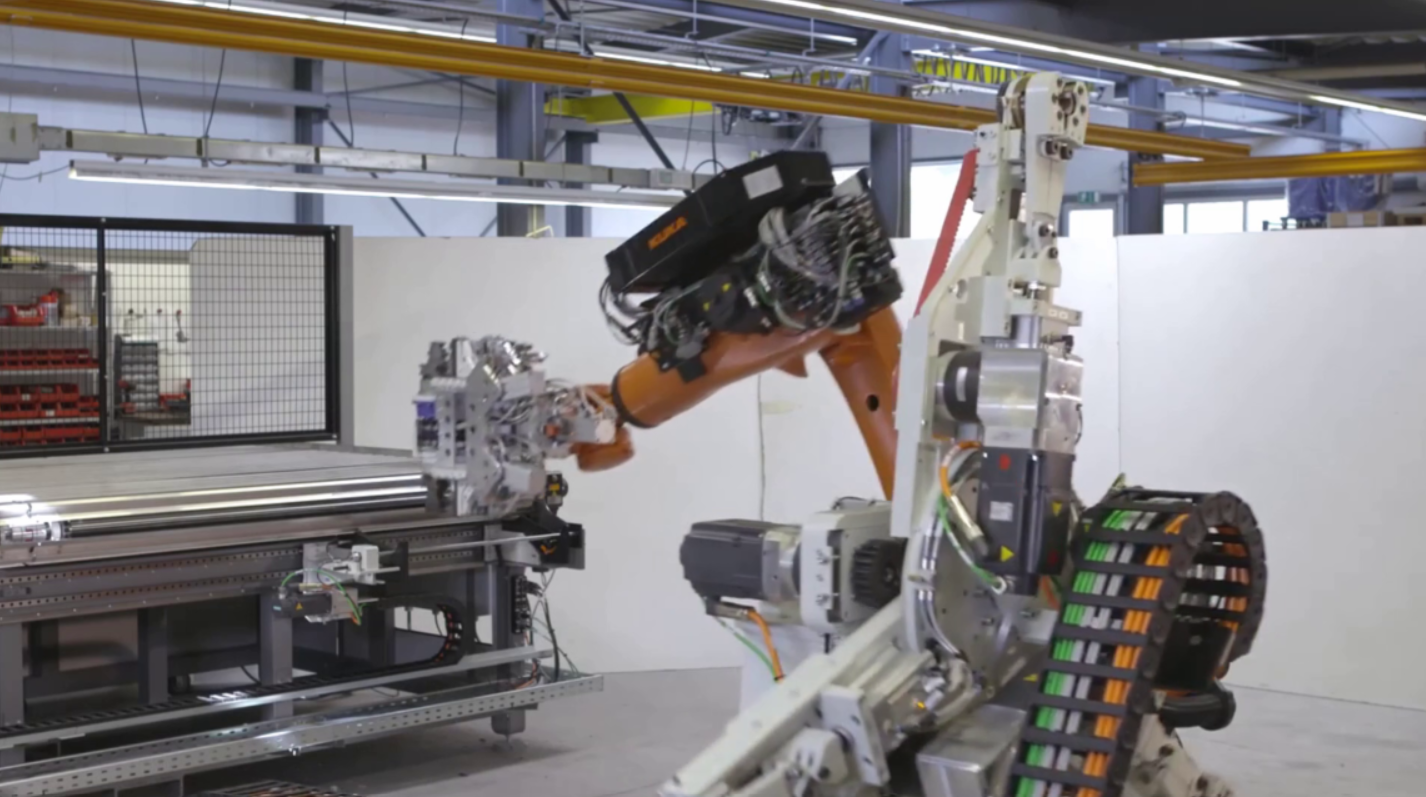 More freedom for tube manipulation: For better bending, we have simply put our bending system in the hands of our robot ‘colleagues’. With their proven use at multiple customer sites, we have now further developed our clever system, which now offers additional advantages. Clearly the use of robots is already integrated in production cells for picking up and putting down tubes.

The Special Feature: During bending, tools can be put into operation that perform the final machining on both tube ends, for example with attached connection systems or flanges. Because unlike a ‘normal’ bending machine, a robot can achieve very short straight lengths on both ends, because it starts with bending from both sides. It can also machine tube-hose-tube connections after the hose is already connected on both tubes. Furthermore, the robot is of course predestined for the vibration-free bending of very long tubes with a small diameter.

Various tube sizes all in one with zero tool changeovers

Each robot bends bi-directionally (right and left) In this way it can bend in both directions with one bending head and be set up for up to three bending levels per bending head. As a result, up to 3 different tube sizes can be efficiently and effectively used. In this type of manufacturing cell, the corresponding tube holder naturally clamps multiple tube sizes simultaneously.

Unlike other systems that position the tube, the robots in our solution run along the component to do the bending. We have integrated the bending axis, which drives the bending head, in the robot.

"Robot programming was often a barrier, but no longer. The use of our t project software is perfect for this style of tube bending." The Transfluid® robot bender and t project are a very user friendly easy to operate bending machine control system. Eliminating the need for extensive programming because in the end not every company has an expert on site.

The t project software makes it possible to import bending data online, from local networks and from various measurement / inspection systems. The robot bends the first tube according to the master programme geometry. This is then compared with the master and any adjustment corrections due to spring-back or overbends can be automatically and continuously corrected during production, boosting production whilst eliminating scrap.

The next stage in evolution of Transfluid Robot Benders is already in the starting blocks. A system that can also bend with a mandrel. This makes it possible to bend tube sizes up to 22mm/od with or without internal mandrel with this type of system.

Would you like to learn more about our solution?

A demonstration can be arranged and is recommended. You will be made very welcome when you attend one of our Schmallenberg, Germany workshops to expand your knowledge covering the Transfluid Robot Bending System along with other related topics. 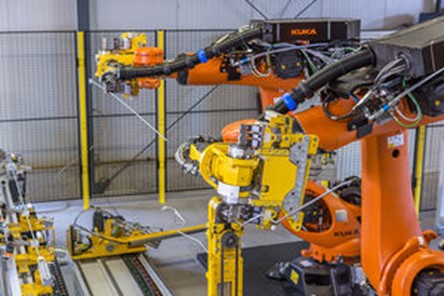 they need ‘Little or No programming!’

A quick look at our tried and tested benefits: we have already been using tube bending robots in a flexible way in our Transfluid production cells for quite some time. They can use isometrics data and generate bending data without having to program the robots. The work is synchronized, if two robots are in operation at the same time and bending long tubes from both ends. The bending robots are also automatically synchronized when additional fittings are used, like mounting and support devices. The robots recognize the tubes thanks to the code on the components and they generate the bending sequence; they can also choose between different radii and diameters. It is possible to work with up to six different tube diameters.

Production cells that work harder, faster, and longer to boost your production and profits!

Two robots in a production cell can do more than just bend a tube from both ends, that has already been formed or already has connection systems. Our latest generation of bending robots can also work each with a different geometry. This improves the efficiency and gives you an output that is clearly greater. An extra benefit with the bending robots comes from our special t-Project software: it generates bending data from the coordinates, without the need to program the robots. User-friendly when bending and handling. Our safe handling has also been improved. It is possible to recall from pre-loaded values the exact position where the tube should be grabbed from the magazine, and the position to grab the tube for the unloading. This means that there is almost no need for any programming during the handling or bending processes, as the system can refer to existing data. The processing of a tube with long sections after the bending and unloading by the robot is also simple. Any possible collision issues are avoided, as the last bend can be done on the “floating” tube, just above the unloading position.

The operation of the system is very easy, because of the bending machine controls. It works with the standard length and angle values, but also with X, Y, and Z data. This means that it is not necessary to have special knowledge of how to program a robot. Another advantage: with the preloaded settings for the tools, including the additional axes, the operator can complete any tool changes on the robot very quickly and save even more time. Our latest generation of robotic production cells work harder, faster, and longer to boost your production and profits!

Would you like to learn more about our solution?

A demonstration can be arranged and is recommended. You will be made very welcome when you attend one of our Schmallenberg, Germany workshops to expand your knowledge covering the Transfluid Robot Bending System along with other related topics.

Mouse the link to learn more, watch an on-line demonstration